What Happens When You Track Climate Change for Over 25 Years in the Rockies?February 22, 2018 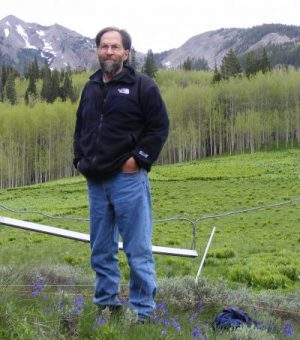 ERG ecosystems professor John Harte and his team at the Rocky Mountain Biological Laboratory know the answer. They have been tracking wildflower populations and soil moisture in a meadow above Crested Butte since the early 1990’s, using a warmer climate mimicked by electric heaters suspended above the meadow. The team’s findings have confirmed their predictions for the experiment – only more pronounced than they expected. The results show that plots exposed to the heaters lost many of their wildflowers and experienced far drier soil, after years of only being 3 degrees warmer than control plots in the same area. Even more concerning, the control plots began to exhibit similar symptoms to those being measured in the heated areas, indicating that the researchers’ ecosystem predictions were realistic and indeed occurring in the Rocky Mountains. Harte’s research is one of the first experiments to correlate warming in an area with a substantial threat to species, even extinction.

Read the full article in the Denver Post here.