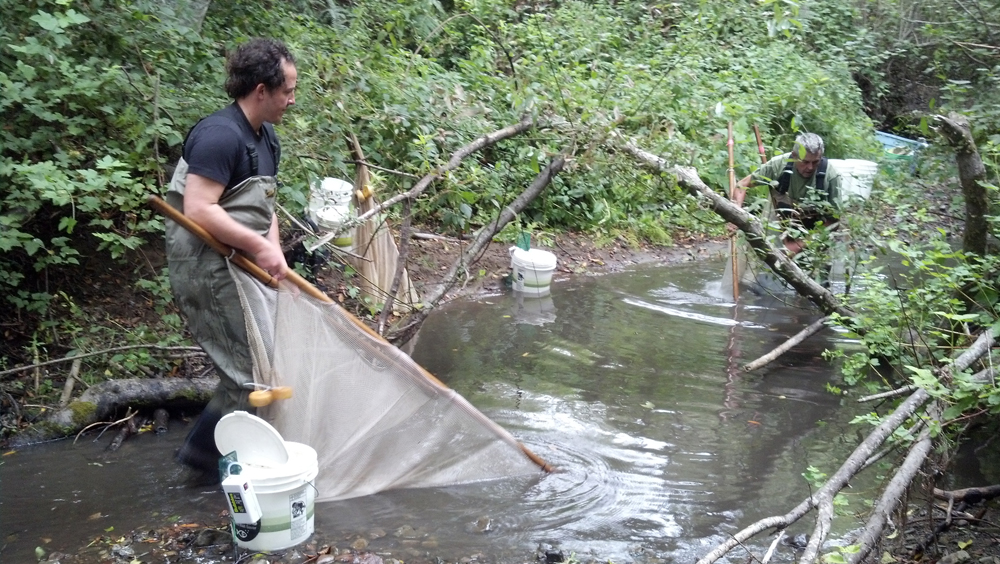 Netting fish in one of the study pools (Credit: Cleo Woelfle-Erskine)

ERG Ph.D. candidate, Cleo Woelfle-Erskine, has been featured in FishSens Magazine for his study on the state of young salmon in the intermittent creeks of California:

Interest in the results could expand beyond northern California if climate change dries up streams farther north.

“Streams in Oregon and Washington, where most of the salmon research has been done, typically flow year-round,” Woelfle-Erskine said. “As the dry season becomes more intense and rainfall more erratic, we’d expect to see this pattern propagating northward.”

Read more of the article here.