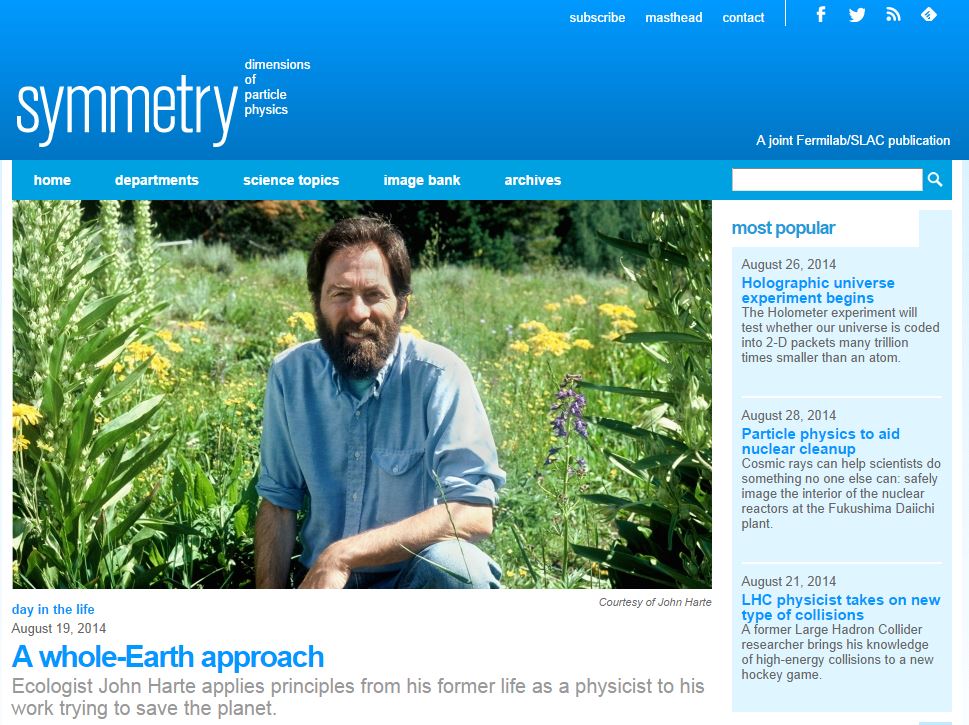 When considering a transition from one discipline to another, it is quite apropos to first think of the Energy and Resources Group (ERG). Both Professors John Harte and Dan Kammen have made transitions from physics. Professor Harte has recently been featured in Symmetry Magazine, a joint Fermilab and SLAC publication, talking about his transition from physics to ecology. And, he’s not the only one. About ten of his graduate students in the Harte Lab have come from physics, including current ERG Ph.D. candidate Erica Newman. About this, Professor Harte says:

“They saw that I had made this transition, and they thought I’d be a good mentor. Students who want to make that transition come to work with me,” Harte says. “Because I speak the language of physics.”