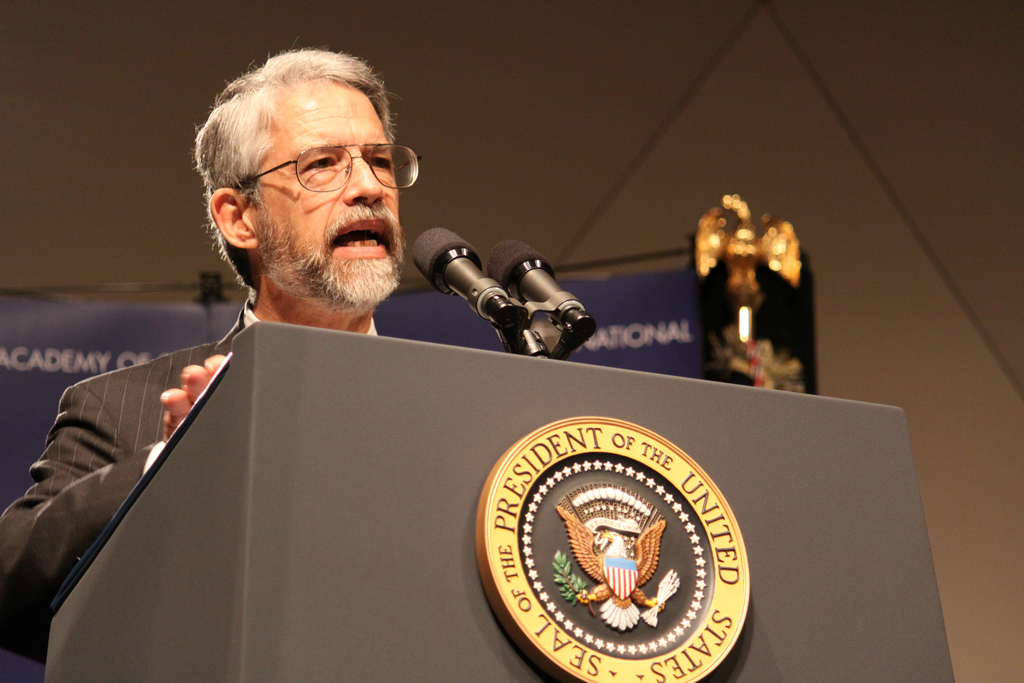 A recent article in the New York Times highlights one of John Holdren‘s first concrete steps toward a national energy plan that “will make a difference”:

President Obama wants Americans to see how climate change could deluge or destroy their own backyards — and to make it as easy as opening a web-based app. As part of an effort to make the public see global warming as a tangible and immediate problem, the White House on Wednesday inaugurated a website, climate.data.gov, aimed at turning scientific data about projected droughts and wildfires and the rise in sea levels into eye-catching digital presentations that can be mapped using simple software apps. The project is the brainchild of Mr. Obama’s counselor, John D. Podesta, and the White House science adviser, John P. Holdren.

A post by the National Journal announces John Holdren’s plans to produce an actionable Quadrennial Energy Plan for the United States by 2015. Holdren is confident that America’s next energy plan “will be different” and “will make a difference.”

What is going to make that difference? Holdren emphasizes multi-faceted energy thinking, highlighting the importance of the economy, environment and national security. He now leads an energy policy review, involving various agencies to ultimately produce a set of studies over the next four years. He also plans to take major efforts in involving and reaching out to stakeholders of various sectors. A significant difference he hopes to achieve is “buy-in from key players.”