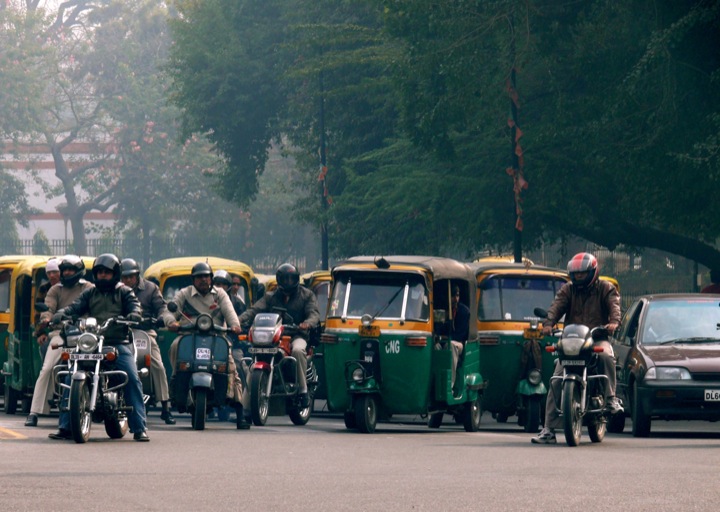 From Berkeley in the News:

A team including alumnus Joshua Apte [MS’08,PhD’13], a postdoctoral fellow in environmental energy technologies at Lawrence Berkeley National Laboratory, conducted an air pollution monitoring project in the back of a three-wheeled rickshaw in New Delhi, and the findings are alarming. The numbers collected are significantly worse than the ones that already earned Delhi the World Health Organization’s designation as the world’s most polluted city.

Depending on the pollutant measured, average levels were as much as eight times higher on the road than they were in urban background readings. Apte notes: “Official air quality monitors tend to be located away from roads, on top of buildings, and that’s not where most people spend most of their time. … In fact, most people spend a lot of time in traffic in India. Sometimes one, two, three hours a day.”

This story has appeared in the San Francisco Chronicle,  The Hindu and South China Morning Post. Another story appeared in Motoroids.

For a more detailed account of the story, read the Associated Press article here.