Kammen and Hausfather of ERG Respond to Withdrawal from Paris AgreementJune 22, 2017 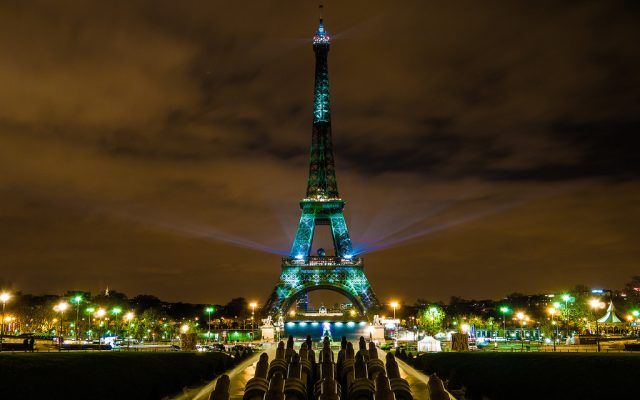 “California Defiant as President Trump Withdraws from Paris Climate Accord” – ERG professor Dan Kammen is a featured guest on KQED Forum, in an episode that discusses what US withdrawal from the Paris Climate Agreement will mean for California.  Link

“California asume la voz de EE UU en la lucha contra el cambio climático” – Dan Kammen is featured in this El Pais article on California’s role in global climate change mitigation in the wake of the US’s pending withdrawal from the Paris Climate Agreement. Kammen believes that the change of leadership from Washington to California “is already happening.” CA is arguably the largest economy in the world with real possibilities of reaching 100% clean energy by 2025. The article is originally in Spanish but can be translated using Google Translate. Link

“Trump abandoning global climate pact? Decision ‘very soon’”- ERG graduate student Zeke Hausfather comments in this Washington Post article on Trump’s pending decision on the Paris climate accords, on which he has several options that include withdrawing completely. Another option, said Hausfather, would be for Trump to withdraw from the United Nations Framework Convention on Climate Change, the treaty on which the Paris accord was based, which would take only a year. Link

“California governor’s green swing through China: It’s about jobs, too” – Dan Kammen is featured is this Long Beach Press-Telegram article on Governor Jerry Brown’s recent trip to China to partner on reducing emissions and developing clean-burning technology. “This is a moment,” said Kammen, a science envoy for the U.S. State Department. “California is not a nation but it’s behaving as one — and that leadership mantle benefits us well here.” Link

“Blue States’ Stand Against Trump on Climate May Bear Fruit” – Dan Kammen is featured in this California Magazine article on state dissent on the official US stance on climate change mitigation. Kammen noted, “What withdrawal does establish is that the U.S. is no longer a major player in climate change response and policy, and that will affect where the investments go.” Link