Gene I. Rochlin was Emeritus Professor of the Energy and Resources Group at the University of California, Berkeley. He received a B.S. in 1960, M.S. in 1961, and Ph.D. in 1966 from the University of Chicago, all in Physics. After teaching physics at Berkeley for several years, he retrained in political science as an advanced post-doctoral scholar at MIT and Harvard in the mid-1970s. His research interests included science, technology and society, cultural and cognitive studies of technical operations, the politics and policy of energy and environmental matters, and the broader cultural, organizational and social implications and consequences of technology – including large technical systems. He was a principle of the Berkeley High Reliability Project, a multidisciplinary team that studied the organizational aspects of safety-critical systems such as nuclear power and air traffic control, and continued to work on the management, regulation and control of large, complex, high-technology organizations performing socially critical functions as an independent scholar. This extended to studies that sought to apply methods, approaches, and theories from a broad spectrum of the humanities and social sciences to issues arising from the vulnerability of complex, sophisticated technologies and technical systems, particularly the global threats arising from human networks as well as natural phenomena.

Prof. Rochlin’s book “Trapped in the Net: The Unanticipated Consequences of Computerization” (Princeton: 1997), which focused on the vulnerability of organizations and institutions in an earlier phase of global technical integration, won the 1999 Don K. Price Award of the Science, Technology and Environmental Politics Section of the American Political Science Association. He was a Fellow of the American Physical Society, and served on the editorial board of several journals.

Expanded information on his research, publications, and instruction are available at: https://sites.google.com/berkeley.edu/rochlin/home 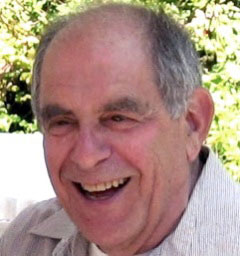