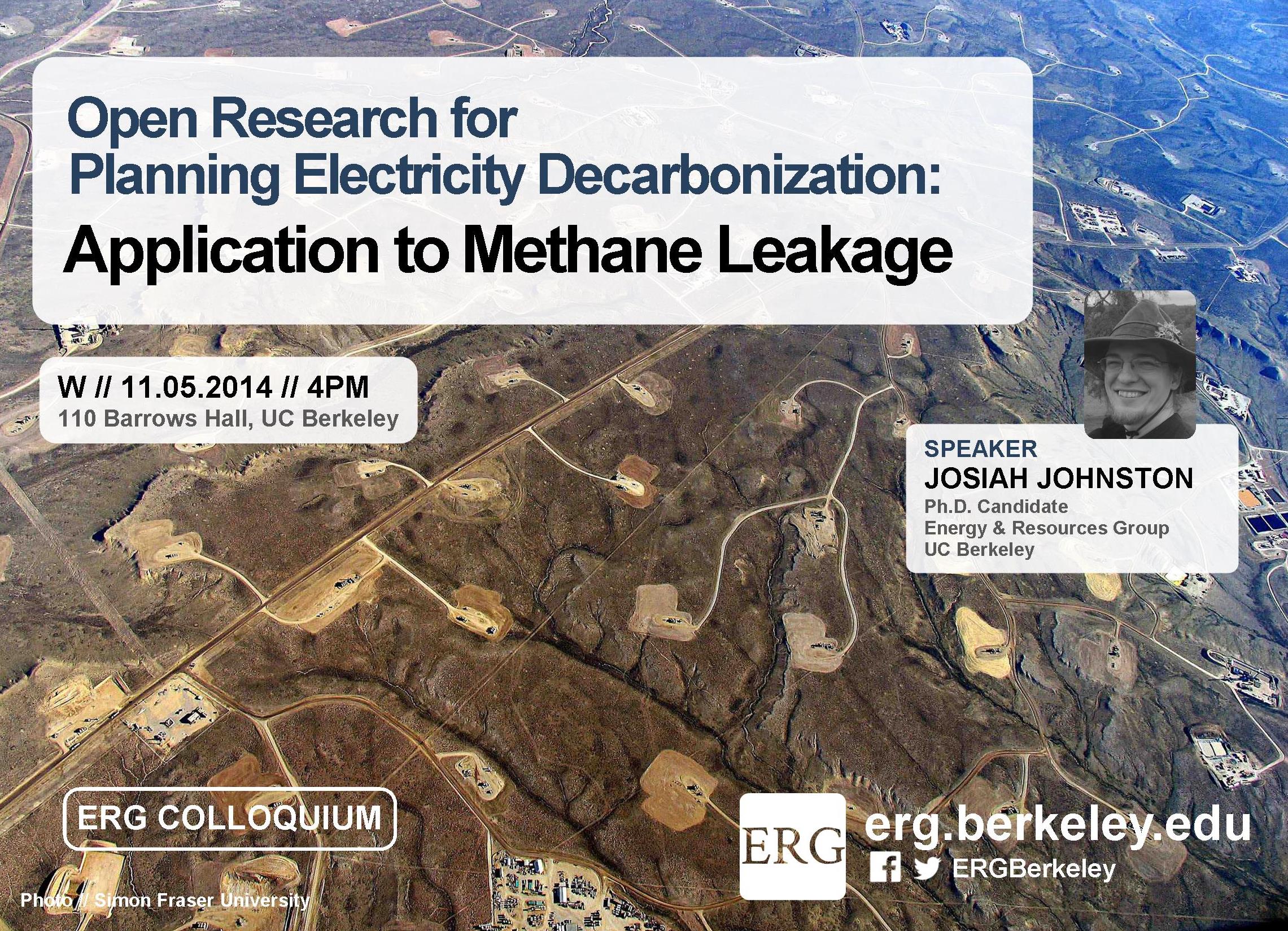 Energy and Resources Group Fall 2014 Col­lo­quium Series (ER295) TITLE Open Research for Planning Electricity Decarbonization: Application to Methane Leakage SPEAKER Josiah Johnston PhD Candidate Energy and Resources Group UC Berkeley First I will describe my efforts to accelerate the pace and quality of electricity decarbonization research by improving an open-source grid planning model (SWITCH) and making it usable to other researchers. The lack of shared datasets and modeling tools has hindered energy planning, forcing researchers to compile datasets and write models from scratch. I will describe my efforts to make the SWITCH grid-planning model more accessible to interdisciplinary researchers who have limited backgrounds in computational modeling, programming, or data management. In the second section of my talk, I will present an application of the SWITCH model to assess the impacts of methane leakage on a carbon-constrained power grid. Natural gas (NG) is often described as a bridge fuel for decarbonizing the electricity sector because its low carbon intensity relative to coal, low costs due to hydraulic fracturing, and the fast-ramping capabilities of gas-fired generation. Several publications on methane emissions have ranked individual generation technologies by overall greenhouse gas emissions, but none have yet used a systems approach to assess how methane emissions impact a larger generation portfolio with a detailed representation of renewables. My results indicate that emission rates significantly impact the use of NG as a direct substitute for coal, but have a much smaller impact on the deployment and use of combustion turbines for reserves and peaking capacity. Increased methane emissions can increase or decrease the use of NG to complement renewables, depending on the emissions cap context. 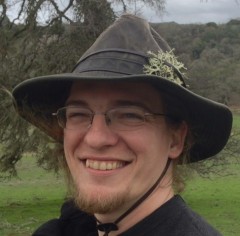 Josiah Johnston grew up building houses with his father in rural Arkansas and dreaming of becoming an inventor. In college, he majored in computer science because he was fascinated by the abstract modeling and reasoning skills it required and their general applicability to other fields. After college, he accepted a position at a national lab because it offered challenging problems and a chance to learn research science. While the lab work was gratifying intellectually, most of the work products appeared to have little direct impact on pressing social or environmental problems. Consequently, Josiah got involved with the Greenmount West Community Development Corporation in inner city Baltimore, working on housing, employment, technology access and energy issues. Today Josiah is a PhD candidate in the Energy and Resources Group at UC Berkeley where he merges his profession interests and social agenda to craft solutions to urgent problems of sustainability. He also holds a Masters from ERG and a BS in Computer Science from the University of Arkansas Fayetteville. His past work has spanned energy systems, poverty alleviation, scientific computing and data management, image analysis, and pattern recognition. Before coming to ERG he was a tenured research scientist at the National Institutes of Health and served on the board of directors of a community development corporation.