GIORGOS KALLIS – Limits without Scarcity, or Why Malthus was Wrong 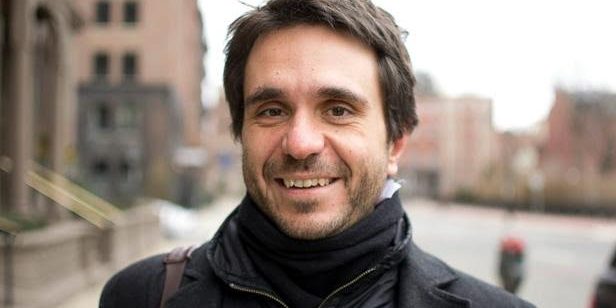 SPEAKER: Giorgos Kallis ICREA Professor ICTA, Autonomous University of Barcelona DATE: Wednesday, April 12, 2017 TIME: 4:00-5:30 PM PLACE: 126 Barrows TITLE: Limits without Scarcity, or Why Malthus was Wrong DESCRIPTION: Malthus continues to cast a shadow over environmentalism, especially in the debates over limits to growth. The important question is not whether Malthus was wrong, but why Malthus was wrong. In the first part of this lecture, Giorgos Kallis will provide an alternative critique of Malthus’ infamous Essay on Population, and argue that rather than a precursor of environmental limits, Malthus was an early apostle of economic growth. Naturalizing scarcity, Malthus pre-figured the supposedly ‘pro-poor’ argument of modern economics according to which redistribution backfires, and only growth can pull the poor out of poverty. Malthus was an early inventor of scarcity, a concept invented precisely in a period when capitalism started producing unparalleled amounts of goods. The spectre of scarcity is used to this day to justify the unlimited growth of capital. Malthus did not underestimate the possibilities of technological development; he was a social conservative who refused to imagine that societies have the capacity to self-regulate and self-limit their reproduction. In that sense he is much closer to growth economists and eco-modernists today, than to those who want to see limits imposed upon the growth of production. In the second part of the lecture, Giorgos Kallis will use Cornelius Castoriadis’ concept of self-limitation to develop an understanding of limits without scarcity. Starting, like the ancient Greek philosophers, from the premise of natural abundance and not scarcity, he will argue that the key economic question is how to limit and choose ends in a way that produces enough surplus for non-productive purposes. For Castoriadis, the choice of our own limits is at the heart of autonomy, the capacity of collectives to question and set their own laws, freed from given truths by Gods, Nature or Markets; and this is precisely why ecology is revolutionary. Giorgos Kallis will argue that a shift from external limits to collective self-limitations avoids the pitfalls of an environmental determinism that places limits ‘out there’, discernible only by experts. Fully aware of our capacity as humans to produce new (socio)natures, we can choose not to produce certain ones. BIOGRAPHY: Professor Giorgos Kallis is an environmental scientist working on ecological economics and political ecology. He is an ICREA professor at ICTA, Autonomous University of Barcelona. He has been a Leverhulme professor at SOAS, University of London and a Marie Curie International Fellow at the Energy and Resources Group of the University of California at Berkeley. He holds a PhD in Environmental Policy and Planning from the University of the Aegean in Greece, a Masters in Economics from Universitat Pompeu Fabra, and a Masters in Environmental Engineering and a Bachelors in Chemistry from Imperial College, London.