Michael’s background is in technology education, software engineering and product management. At ERG he has focused on modeling the impacts that distributed solar power will have on the electrical distribution system, and creating a video game called “Griddle” that helps players better understand how power grids are designed and operated. Links   STUDENT SPOTLIGHT Due to its impact on cli­mate change, the power grid of the future will need to look dras­ti­cally dif­fer­ent from the power grid of the past. However, do people know enough about where we have come from to decide where we should be headed? Michael Cohen puts the power and complexity of the grid into students’ hands via a video game. We asked Michael about his innovative project and his unique experience at ERG.

A current screenshot of Griddle   What have you been working on that most excites you? I’m presently lead­ing the devel­op­ment of a video game called “Griddle” intended to help peo­ple bet­ter under­stand the design and oper­a­tion of power grids. Players will tackle real-world challenges such as meeting California’s renewable portfolio standard (RPS) while keeping costs under control, or keeping Japan’s power system as stable as possible in the aftermath of the 2011 earthquake. In the process, they will develop an understanding of the historical operation of “traditional” power systems and the contemporary changes brought about by new technology and environmental awareness. In addition to developing the game itself, I am working with teachers at local high schools to develop curriculum around it and try it out with their students this year. I expect to learn a great deal from the process of testing and refinement. I hope to not only create a solid educational product but also gain some insights into how technology can be used to support learning about complex systems in general. Playing with and experimenting with computers was transformative for me as a child, and my hope with my research project is that I can put even richer tools in the hands of today’s students, and help them to have similar transformative experiences that are not just personally rewarding, but will help them make a real difference on issues of tremendous importance today. Although my background is entirely American, I want my game to illustrate power grid challenges and possibilities from around the world, so I’m really grateful to be able to bounce ideas off of my ERG colleagues who hail from and/or do work in so many different parts of the world! 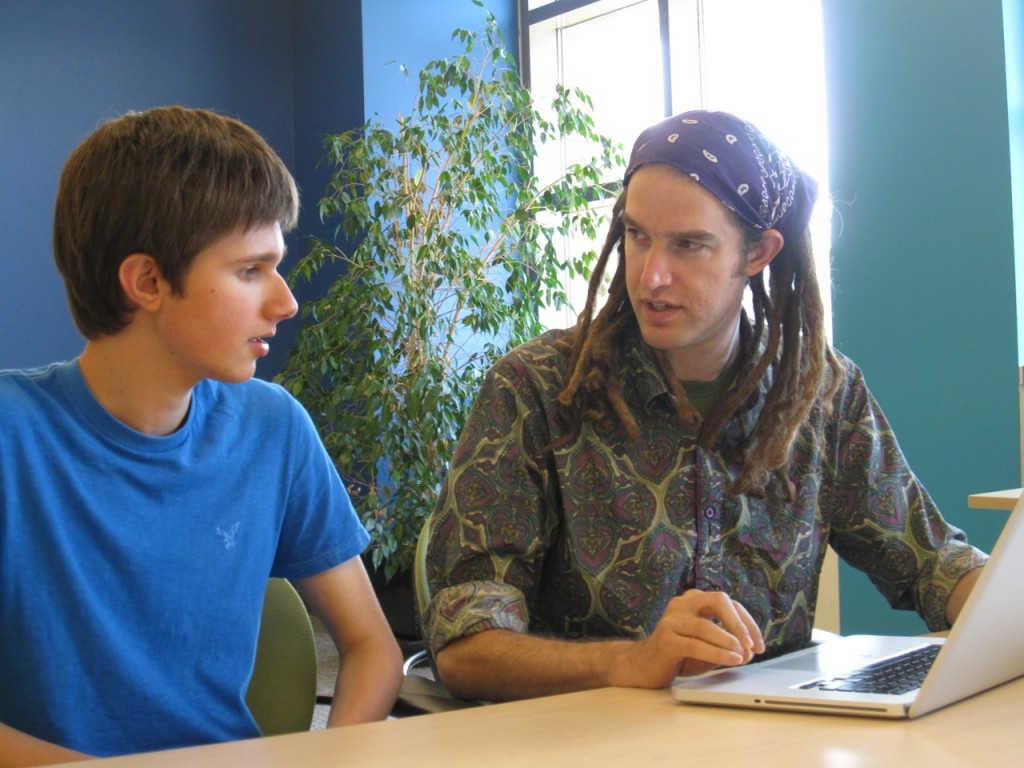 Ryan Mann and Michael Cohen talk transmission lines   How has being at ERG impacted your research? Honestly, it’s difficult to imagine a project like mine getting much traction anywhere else! It’s very interdisciplinary, bringing together power system modeling, energy economics, education theory and game design. I’ve been fortunate to have a very supportive advisor from the core faculty (Duncan Callaway) but also the freedom and encouragement to seek out additional advising outside the department for the aspects that are outside ERG’s core strengths. It also helps to have ERG’s strong reputation to lean on when I seek those additional advisors in other departments. ERG also encourages us early on to find our own independent funding for our graduate work. This can be daunting at first, but the payoff when it’s successful is a huge boost in academic freedom since you are no longer tied to finding an existing funded project through a professor. Advice and encouragement from my fellow ERGies was really critical in helping me win the fellowship that’s now enabling me to devote my full attention to my game project. The focus on interdisciplinarity at ERG was key for me. I was somewhat on the older side to be starting a graduate program, and had almost a decade of experience in education, software development and product management — some of it in the energy industry. I was interested in learning more about how computer modeling could answer important questions about power systems and felt that I had some useful skills to bring to the table… but I also had an undergraduate degree in psychology and little formal training in science or engineering. I wanted to join a program where I could fill in that missing background and hone my technical skills while keeping the social dimensions of the work alive. In other words, I wanted to learn from great engineers, but I didn’t necessarily want to spend all day, every day exclusively with engineers; ERG had that balance. My sense that ERG was the right program was really reinforced by the reception I got after I was admitted. Some other programs — even ones that accepted me — emphasized the basic prerequisites that I would need to make up to be considered “ready” to do engineering. The people I spoke with at ERG really started from the perspective of respecting my experience, asking me what I was interested in researching, and helping me find the most efficient way to fill in the gaps where needed. That difference in attitude impressed me. 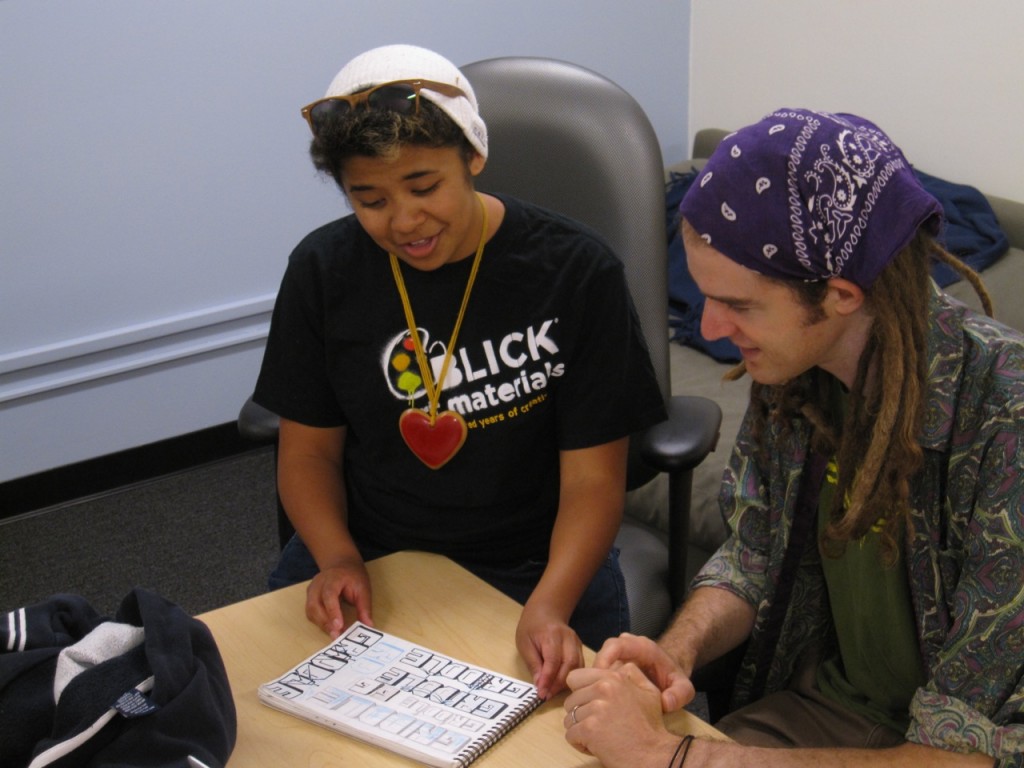 Ryan Davis and Michael Cohen review Ryan’s sketches for a Griddle logo   In what ways has your work been cutting edge? Prior to the video game project, I worked with Duncan Callaway on a modeling project exploring the effect of distributed (rooftop) solar power on California’s electrical distribution system. (For a brief, easy-to-read description of that project, see here.) It’s a tricky question because the distribution system is so large and heterogeneous, and there’s such a wide range of effects we might be interested in. I had the opportunity to set up several sophisticated models in parallel on a computer cluster to explore a huge number of scenarios that are starting to help us understand what system impacts to expect as more and more solar power is installed in California. For the video game project, I see the “cutting edge” part being mostly related to the design of a video game to support understanding of a (very) complex system. Commercial video games often simulate these kinds of systems (e.g. SimCity) but explicitly educational games have tended to stick to simpler subject matter. I’m really excited to see what we can learn about rendering a very intricate — and important — system intelligible to a much broader audience than has been attempted previously. 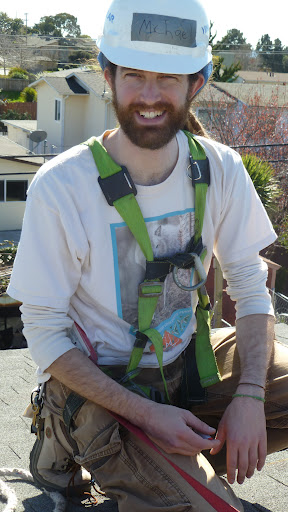 Michael helping to install rooftop solar panels on a house

Who have you been working with at ERG? As I mentioned, my main advisor has been Duncan Callaway, from the ERG core faculty. I’ve also worked closely with Alexandra (Sascha) von Meier, an ERG alumna and faculty in the Electrical Engineering department. For the non-engineering aspects of the project, I’ve received great faculty advising from Severin Borenstein, an energy economist at the Haas School of Business, Greg Niemeyer who studies game design (among other things) in the Practice of Art department, and Marcia Linn from the Graduate School of Education. I have also been really happy to have some great undergraduate research assistants helping me with programming, art and data collection for my game. UC Berkeley has an Undergraduate Research Apprentice Program (URAP) that helps match researchers with undergrads interested in working on projects for credit. The game would definitely not be anywhere near as far along as it is today without my assistants’ skills and enthusiasm! 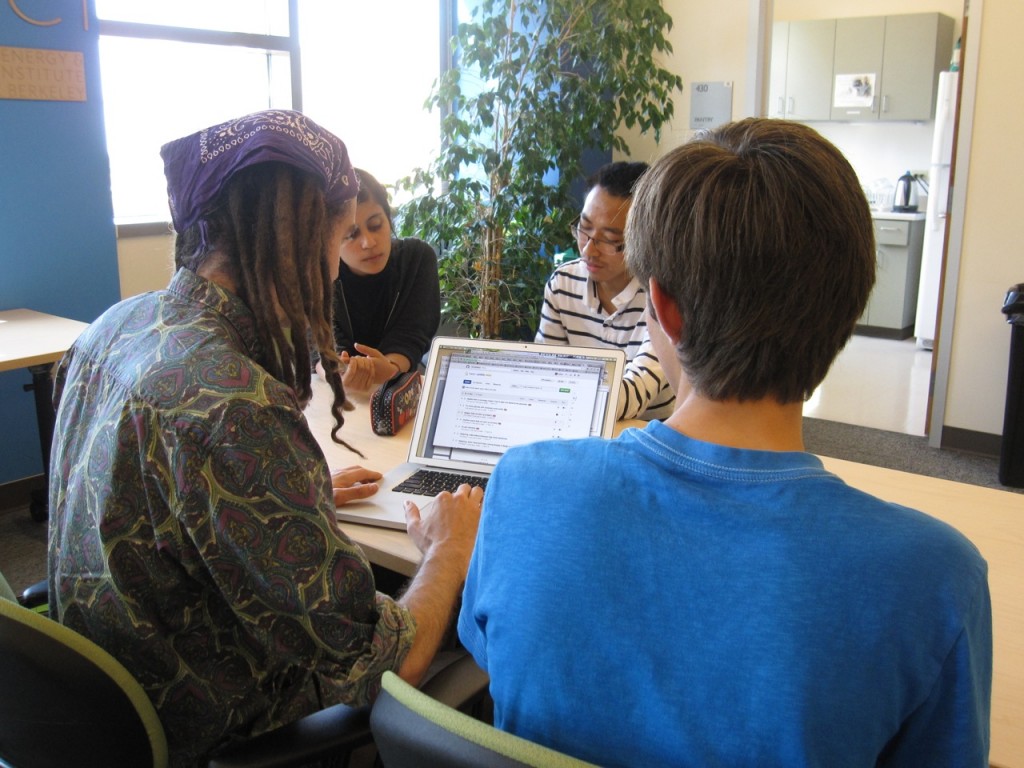 Michael Cohen, Mohini Bariya, Daniel Rolandi and Ryan Mann make plans for future development   What advice do you have for prospective students? First and foremost, though it may sound obvious: read the admissions page! I remember being discouraged when applying to ERG that faculty were not returning my emails the way faculty at some other schools were, until I found an older version of that page that explained that ERG specifically does not pair students with advisors beforehand. So remember that you are applying to the program as a whole here, not to any particular professor’s lab. Think hard about whether that open-ended, interdisciplinary model feels right to you, and if it does, make sure your application makes it clear why that environment is a great fit for you! Once you’re admitted and deciding whether to come here the question is really about that freedom. The amazing thing about ERG is that you won’t (initially) have a specific advisor who’s counting on you for project work telling you what to do or putting pressure on your time. The hard thing about ERG is that it will be mostly up to you to seek out a project you’d like to join and/or craft one of your own once you’re here. You’ll get some good advice from faculty, staff and your fellow students, but ultimately it will be up to you to chart your course. ERG does a good job of admitting people who will ultimately be energized rather than paralyzed by that freedom, but it’s always worth asking yourself if it feels like the right path for you. 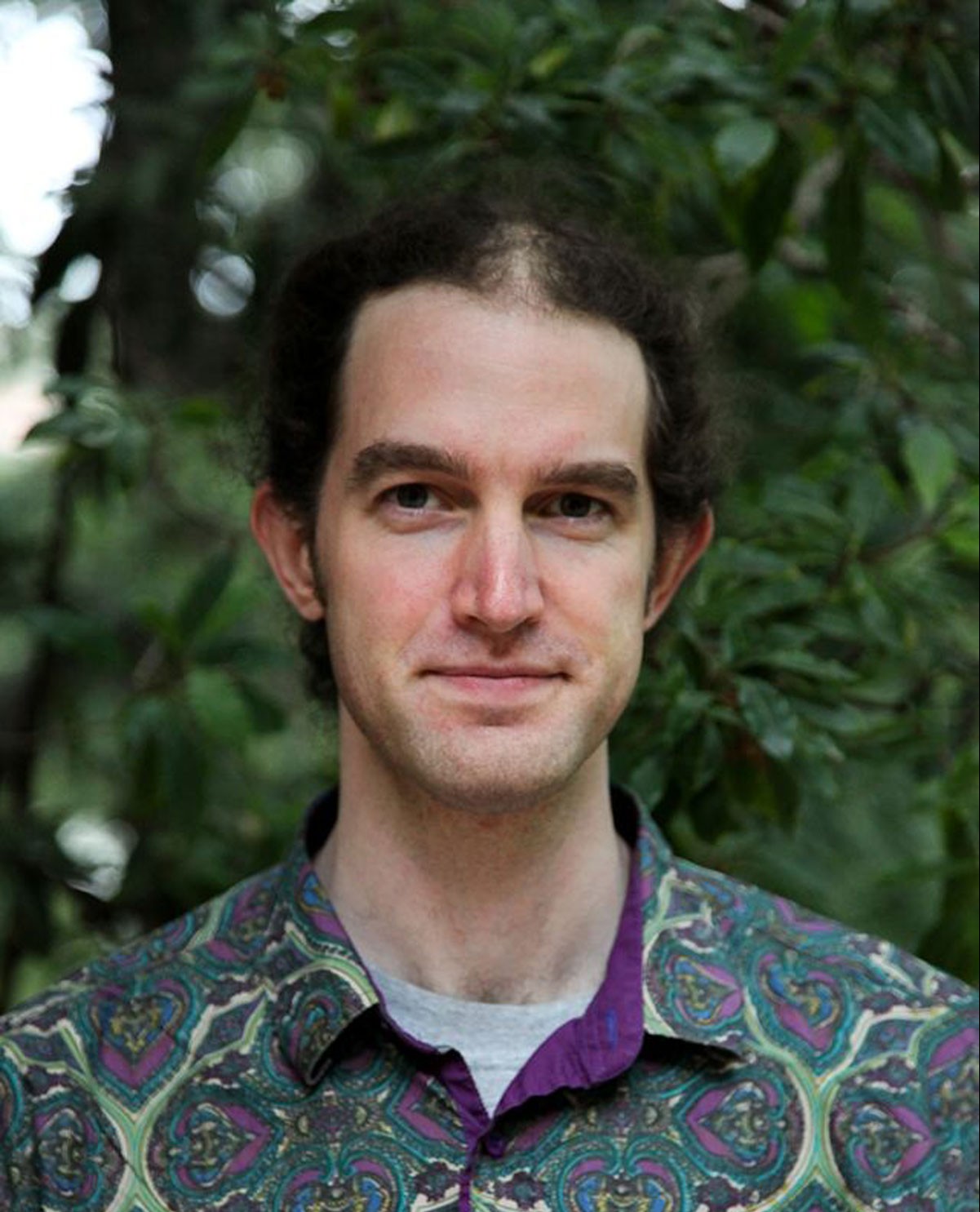