Dr. Hollander’s multifaceted career has included basic research in nuclear-structure physics, energy and environment research, and academic administration. The author of over 100 research publications and 20 edited books, Dr. Hollander was co-author of one of the ten most cited review papers in physics during the period 1955-1985. He also authored two books, “The Real Environmental Crisis” in 2003, and the memoir “My Lunch with Shostakovich” in 2009.

Professor Emeritus Hollander was the co-founder of the environmental research program at Lawrence Berkeley Laboratory (1968) and first director of its Energy and Environment Division (1973-1976). He directed the National Academy of Sciences CONAES energy study (1976-1978), was co-founder of the American Council for an Energy-Efficient Economy (1980), first Director of the University of California Energy Institute (1979-1983), Chairman of the Beijer Institute of Energy and Human Ecology in Stockholm (1976-1988), and founding editor of the international book series Annual Review of Energy (1975-1992).

Dr. Hollander served as Vice-President for Research and Graduate Studies at The Ohio State University from1983 to 1989. Recipient of two Guggenheim fellowships (1958 and 1966), Dr. Hollander is a Fellow of the American Physical Society, AAAS, World Academy of Arts and Sciences, and a member of the Royal Swedish Academy of Sciences. 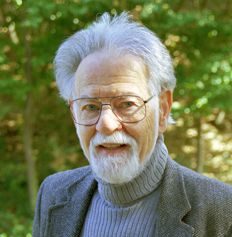