TERRENCE DEACON – A Critical Transition: from Runaway Self-Organization to Self-Regulation 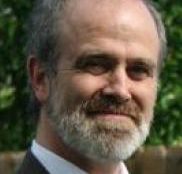 SPEAKER: Terrence Deacon Professor of Biological Anthropology and Linguistics, UC Berkeley DATE: Wednesday, March 22, 2017 TIME: 4:00-5:30 PM PLACE: 126 Barrows TITLE: A Critical Transition: from Runaway Self-organization to Self-regulation ABSTRACT: The dynamics contributing to human ecosystem degradation and human-influenced run-away climate change exhibit properties common to all so-called self-organized processes. These properties characterize both organic and inorganic far-from-equilibrium systems. Principal among these properties is accelerated entropy production—not merely entropy increase, but an increase in the rate of energy and material throughout as flows become increasingly regularized and correlated. While the physical analysis of these processes in diverse but simple inorganic systems (e.g. vortices, Benárd convection, laser light amplification) is becoming well understood, their characterization in living organisms and human socio-eco-systems is mostly understood only by analogy. One blind spot in our understanding of these processes has been the tendency to equate the dynamics of living organisms with that of self-organizing processes in general. Although organisms depend on self-organized processes to generate critical dynamical regularities and structures, these processes are regulated so that they do not tend to run to exhaustion but stabilize their flows so that critical organization can be maintained, repaired, and reproduced. Terrence Deacon will present a simple model for the transition from self-organized chemistry to a self-regulated unit system, called an autogen, that is self-preserving, self-repairing, and capable of evolving. I will use this to illustrate how self-organized processes can be organized to reciprocally regulate each other. Though contemporary human techno-econo-ecology exhibits a far more complex run-away self-organizing dynamic, the transition from run-away self-organized chemistry to life (at its origin) may offer hints for understanding our current eco-dilemma. BIOGRAPHY:  Professor Deacon’s research has combined human evolutionary biology and neuroscience, with the aim of investigating the evolution of human cognition. His work extends from laboratory-based cellular-molecular neurobiology to the study of semiotic processes underlying animal and human communication, especially language. Many of these interests are explored in his 1997 book, The Symbolic Species: The Coevolution of Language and the Brain. His neurobiological research is focused on determining the nature of the human divergence from typical primate brain anatomy, the cellular-molecular mechanisms producing this difference, and the correlations between these anatomical differences and special human cognitive abilities, particularly language. His theoretical interests include the study of evolution-like processes at many levels, including their role in embryonic development, neural signal processing, language change, and social processes, and how these different processes interact and depend on each other. Currently, his theoretical interests have focused on the problem of explaining emergent phenomena, such as characterize such apparently unprecedented transitions as the origin of life, the evolution of language, and the generation of conscious experience by brains.