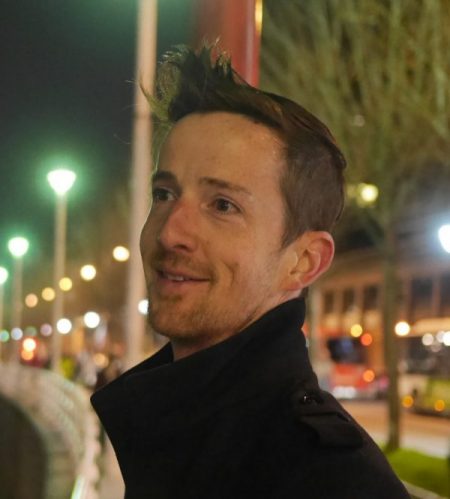 SPEAKER: Michael Polson Ciriacy Wantrup fellow UC Berkeley DATE: Wednesday, August 30, 2017 TIME: 4:00-5:30pm PLACE: 126 Barrows TITLE: Making Marijuana an Environmental Issue: Pollution, Prohibition, and the Terms of Regulation DESCRIPTION: Both proponents and opponents of marijuana have rhetorically converged in recent years on a shared concern for the environment. Whether this concern mobilizes federal raids on marijuana farms, farmer education programs, business plans, or environmental policies, “the environment” is now a key rubric through which we can understand the meanings and dilemmas of marijuana, much like the rubrics of medicine and crime previously. Though environmental harm may seem to be a self-apparent phenomenon, its definition as a problem is not so clear. Social scientists have repeatedly shown that the designation and remediation of “pollution” is a thoroughly social matter, embedded in power dynamics that require close attention. Who defines what kind of issue as an environmental problem? Toward what end? Through what set of concerns are victims, perpetrators, and remedies identified? Whose concerns are left unarticulated, even unintelligible? By tracing efforts to define marijuana as an environmental issue and intervene on its behalf, Dr. Polson argues that environmental concern is a key mode through which the broader anxieties, ethics, and politics of a formalizing marijuana market are being expressed and produced. To make this argument, Dr. Polson excavates how prohibitionists have framed marijuana as an environmental issue, producers have sought to segregate respectable farmers from dangerous polluters, and advocates have struggled to define “sustainability” to achieve varying policy outcomes. In doing so, he aims to underscore the ways that the identification of environmental harm and remedy can wittingly or unwittingly be bound up in broader political and economic dynamics. Without a clear assessment of these power dynamics, an emerging concern for the environment risks reproducing fundamental inequalities, some of which have an uncanny similarity to those managed by prohibition itself.   BIO: Michael Polson, PhD, is an incoming Ciriacy-Wantrup Postdoctoral Fellow in Natural Resource Economics and Political Economy. Based in UC-Berkeley’s Department of Environmental Science, Policy, and Management, Dr. Polson is currently working on a book manuscript that draws from nearly two years of fieldwork in rural Northern California among those who produce marijuana, materially and discursively. The book analyzes the pivotal entry of marijuana producers into public life and the struggle over what new forms of social governance would replace, or at least modify, dominant prohibitionist rationales and political economic patterns. Dr. Polson has written about property value formation in the quasi-legal marijuana real estate sector and the contentious relationship between medical marijuana, land use regulations, and the proprieties and politics of property ownership. He also has two forthcoming writings on marijuana’s integration into planning processes and on prohibition’s role in precipitating what we now understand as “the marijuana market.” Dr. Polson was most recently a Visiting Professor of Anthropology at American University and looks forward to engaging students and colleagues alike in his time at Berkeley.