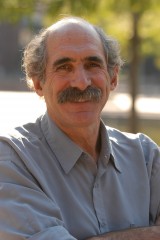 SPEAKER: Michael Oppenheimer Professor of Geosciences and International Affairs at Princeton University Director of the Program in Science, Technology and Environmental Policy (STEP) DATE: Wednesday, January 20th 2016 TIME: 4:00 – 5:30pm PLACE: 126 Barrows Hall TITLE: The Paris Agreement: Did it breathe life into the UNFCCC or confirm its irrelevance? ABSTRACT: The Paris Agreement has been widely hailed as redirecting efforts to solve the climate problem back onto a fruitful path. But will the legacy of Paris turns into more than a feel-good moment? The answer depends not only on national intentions toward emission reduction but also features of the agreement yet to be determined, including critical aspects of the “transparency” article. Whether Paris (and the UN Framework Convention on Climate Change) will become a key accelerator of emissions reduction or a bystander remains an open question. BIOGRAPHY: Michael Oppenheimer, an atmospheric scientist, has an SB degree from MIT in chemistry and a PhD from the University of Chicago in chemical physics. Oppenheimer is a long-time participant in the Intergovernmental Panel on Climate Change (IPCC) which won the Nobel Peace Prize in 2007. Most recently, he served as coordinating lead author on IPCC’s Fifth Assessment Report and on the Core Writing Team for the Fifth Assessment’s Synthesis Report. Oppenheimer is coeditor of the journal Climatic Change. He serves on the US National Academies Board on Energy and Environmental Systems and the New York City Climate Change Panel, and is also a science advisor to the Environmental Defense Fund. His research focuses on the science and policy aspects of climate change and its impacts, particularly sea level rise.