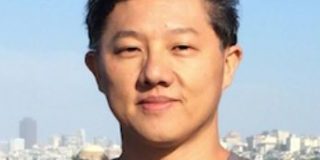 SPEAKER: John Chiang Professor UC Berkeley Geography DATE: Wednesday, October 26, 2016 TIME: 4:00 P.M. PLACE: 126 Barrows Hall TITLE: The Spatial Structure of Tropical Rainfall and Climate Change ABSTRACT: The structure of global tropical rainfall has sharply defined features, and it is also susceptible to change.  Professor Chiang will outline an argument for how this structure may have changed in the past, and with implications for the future.  Several lines of evidence — paleoclimate observations, model simulations, and theory — suggest that thermal forcing originating from the extratropics shifts the latitudinal position of the Intertropical Convergence Zone and alters rainfall over Northern Hemisphere summer monsoon regions. This change is associated with a characteristic interhemispheric pattern of temperature response, and a northward anomalous cross-equatorial atmospheric energy transport induced by differences in the energy flux entering each hemisphere. He will discuss how understanding the causes of this ‘interhemispheric pattern’ of response can inform us about multidecadal and longer-timescale forced changes in tropical rainfall over the 20th and 21st centuries. BIOGRAPHY: John Chiang is Professor in the Dept of Geography at the University of California, Berkeley, and currently serves as co-Chief Editor of the Journal of Climate. He earned an M.S. in Physics at Cornell University, and a Ph.D. in Earth and Environmental Sciences at Columbia University.  After a two-year stint as a NOAA Climate and Global Change postdoctoral fellow at the University of Washington, he started his current faculty position at UC Berkeley.  He studies large-scale climate dynamics working on both contemporary and paleoclimate research questions, and with a focus on understanding mechanisms of rainfall changes. His teaching interests include earth science and climate dynamics, and the science and implications of global warming.